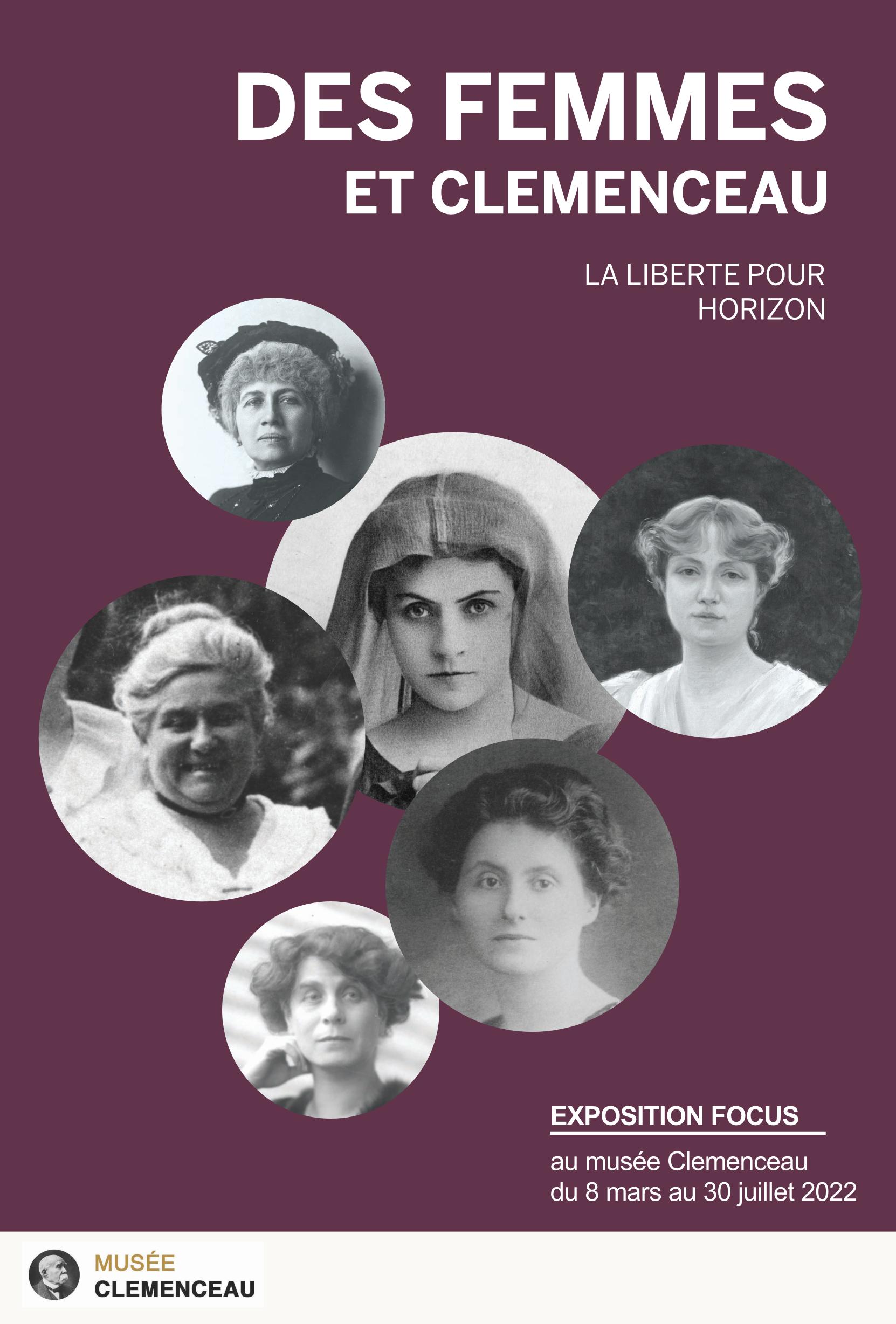 Freedom on the horizon

Reputed to be a misogynistic, Georges Clemenceau, from 1894 onwards, once divorced, while continuing to lead his life as a free man, worked for the recognition of certain rights for women. Far from becoming a feminist, he spoke out vigorously against castrating and guilt-inducing Judeo-Christian morality. Rejecting puritanism and fighting against humiliation and injustice, he fought against the bourgeois moral order and demanded economic and social rights for women.

“In the course of these brief juxtaposed accounts […] Clemenceau appears as he is in himself. Not exempt, in his personal life as in his words, from the various prejudices that reigned in his time, but nevertheless shaking the hypocritical moral order of the bourgeoisie in the most impetuous way,” as Jean-Noël Jeanneney points out. “Free and lucid, as it was in other fields throughout its history. And therefore premonitory as to the coming struggles for women’s liberation”.

This focus exhibition brings together works from the collections of the Musée d’Orsay (a portrait of Séverine by Hawkins), the Marguerite Durand Library and the Eugène Carrière Museum (Gournay-sur-Marne) as well as private collections. 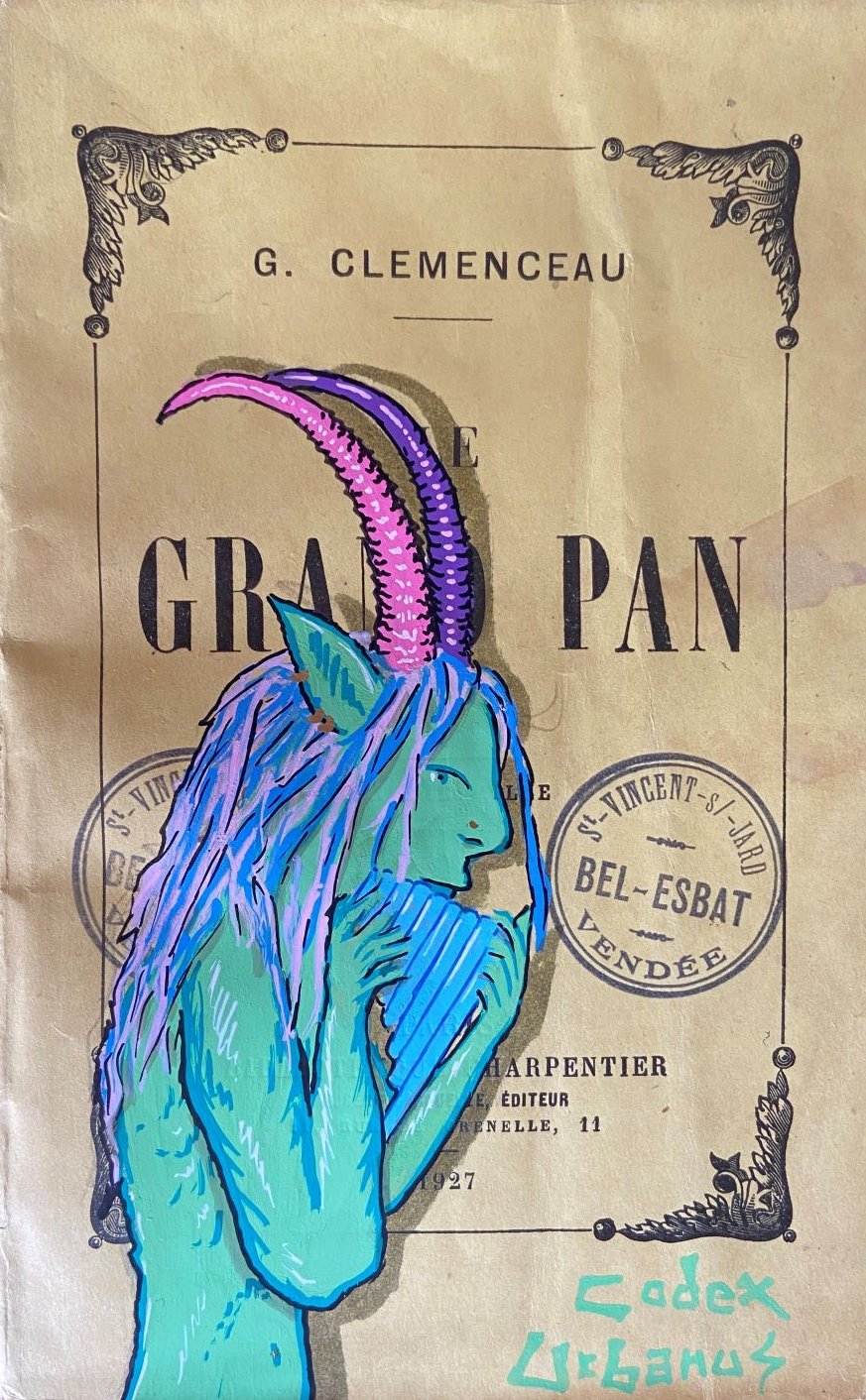 About ten years ago, Codex Urbanus began painting a vandal bestiary on the walls of the 18th arrondissement in the middle of the night. This urban manuscript – the French translation of the Latin Codex Urbanus – consists exclusively of chimeras and fantastic animals. This mural project made the artist known to the general public and gave him his name.

After the Gustave Moreau Museum and the Château de Malmaison, Codex Urbanus is now at the Tiger’s house, where it will be discussing the republican myth of Georges Clemenceau with its bombs and poscas.

The Musée Clemenceau is giving carte blanche to the street art artist Codex Urbanus for the first time, from 14 September to 29 January 2022.

A carte blanche to a street artist at the Clemenceau Museum may seem a little strange… and yet there are many bridges between this art lover who was Minister of the Interior and these mural painters whose artistic practice is a crime.

Faithful to the spirit of street art, Codex Urbanus chose to intervene on old objects and documents (books, posters…), having belonged to the Tiger, which reminds us of the irreverent aspect, the voluntary degradation of the ephemeral works of the street.

“Well yes, Clemenceau is alive! The echoes of what he was are nobody’s prerogative”, as Jean-Noël Jeanneney writes, “His figure belongs to everyone. The intrusion of the talent of Codex Urbanus in this place, which we wanted to do, bears witness to this in a beautiful way.

If the visitor just wants to enjoy the singular atmosphere of the flat of the Father of Victory, the contemporary pieces are discreetly inserted into the place, without forcing anything. It is therefore a sort of treasure hunt to which the visitor is invited to discover the life and work of Clemenceau in a parallel and offbeat way.

During this period, Codex Urbanus will create a fresco on the walls of the exhibition room on the first floor, inspired by Claude Monet’s Water Lilies, as a tribute to the fraternal friendship between the artist and the politician.

The art critic Gustave Geffroy (1855-1926) was one of Georges Clemenceau’s most loyal collaborators and friends, from the time they met in 1880 until Geffroy’s death in 1926.

Sharing the same political and societal convictions, and the same passion for art, literature and theatre, the two men, who had an uninterrupted professional relationship in the press, created strong bonds of friendship, nourished by mutual esteem. “He contributed a great deal to the Tigre, to whom his affectionate devotion never wavered,” wrote Jean-Noël Jeanneney, President of the Clemenceau Museum Foundation.

In this modest and discreet man, Clemenceau found a precious collaborator, an unconditional supporter and a true guide in the world of arts and letters. This focus exhibition aims to highlight their shared passion for the visual arts. Gustave Geffroy was the man who enabled Clemenceau to renew his acquaintance with Claude Monet and to meet the artists Eugène Carrière, Rodin, Cézanne, Raffaëlli and Steinlen. 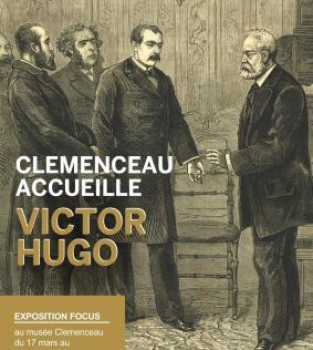 Until 2 January 2021, the Clemenceau Museum is presenting a focus exhibition, Clemenceau welcomes Victor Hugo, retracing the intertwined destinies of two illustrious men, the young Clemenceau and the poet Hugo, who had returned from exile, through their common battles, their ideals and their passion for Asia, illustrated with original documents from public and private collections.

Both originally from the Vendée and opponents of the Empire, Victor Hugo and Clemenceau met when the Republic was proclaimed. They fought against the abandonment of Alsace and the Moselle, for the amnesty of the Communards, for the abolition of the death penalty and they were next to each other during the first celebration of 14 July, which became a bank holiday in 1880. 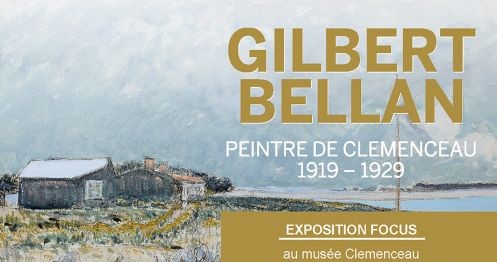 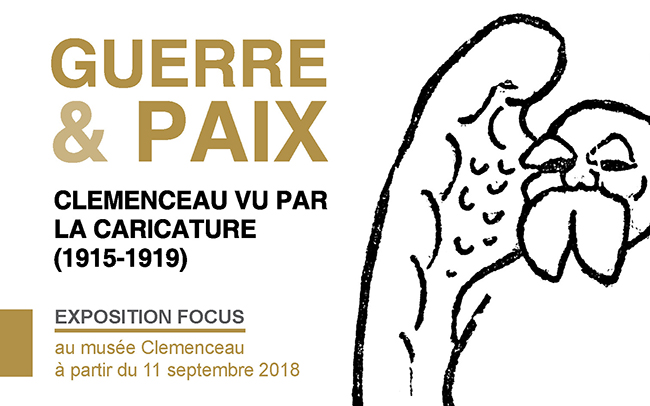